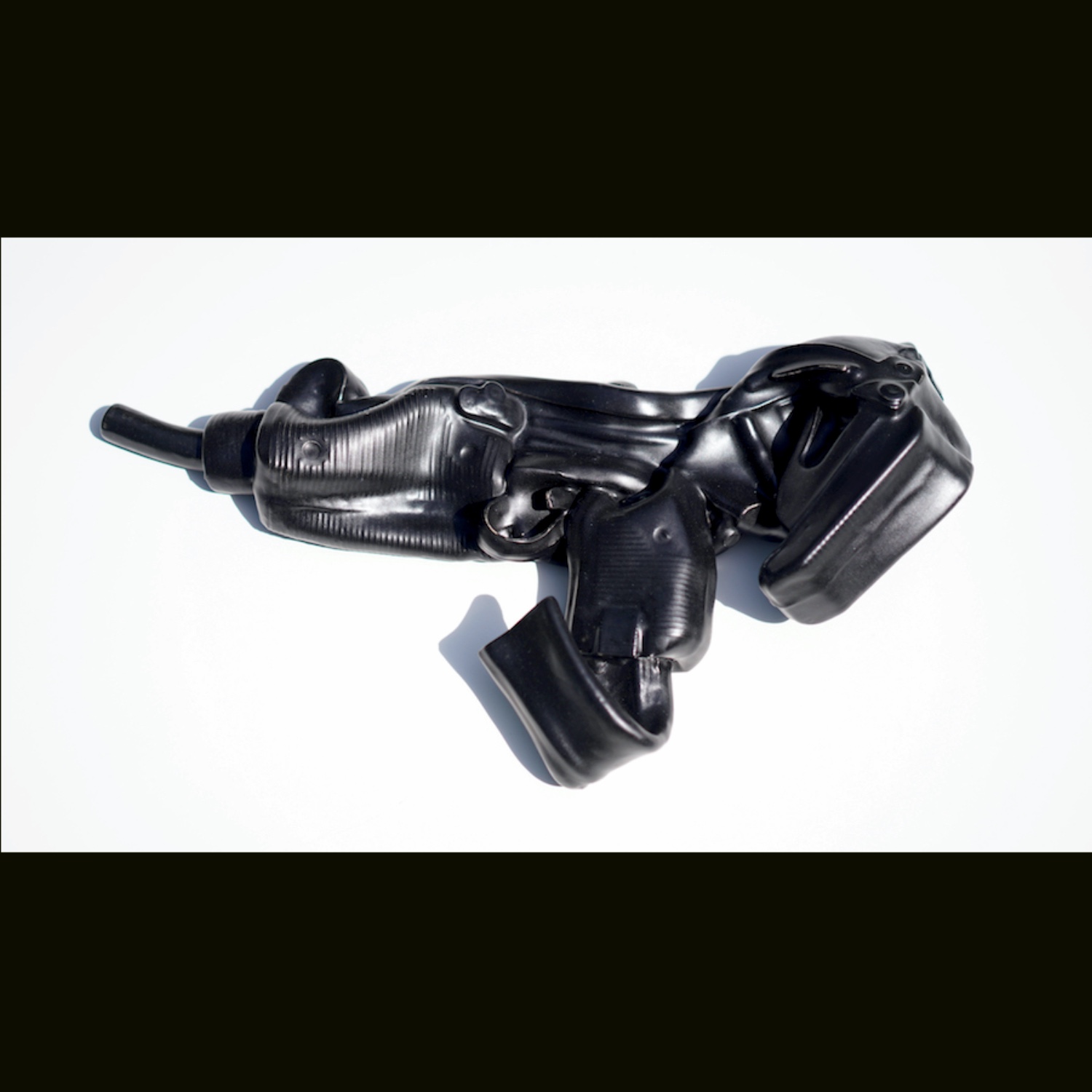 Chekhov’s Gun marks Will Squibb’s first solo exhibition of his multidisciplinary study of the common but highly charged object: the gun.  Found in both the storefront windows and indoor space are flat works which transform the individual parts of a firearm into a fluid, somewhat surreal composition as well as three-dimensional, realistic, ceramic guns which have been dropped, bent, and twisted into less menacing, organic objects.

Squibb describes the project in the following way, “The flat works came first.  I was searching for imagery that could support repeated use, provide a variety of subtypes, as well as imply architectural rigidity.  I landed on a gun, the vast range of guns, and all of their components. After establishing formal parameters I considered the inherently contentious and political implications of firearms.  I asked myself, ‘How much would I need to manipulate this object to create a new meaning and reaction?’  The first flat works were formed with a unified idea of gravity.  Over time they evolved into organic forms and increasingly dynamic ecosystems.  I wanted to approach the same object in three-dimensions, using ceramic slipcasting as a reiterative process rather than dismantling and redistributing a limited palette.  By becoming tactile will they be perceived as more politically charged?  With the flat works it takes a moment to realize what is happening within the composition.  The ‘guns’, less deconstructed and more animated, provoke a faster reaction it seems.”

Squibb considers Chekhov’s Gun to be critical in scope, however he wants it to be clear that it is not intended to be a critique of gun ownership itself.  “I hope no one seeing the work feels alienated,” he says as he opens up the conversation to feedback from the viewer.  Viewers are invited to record their thoughts (anonymously) via “comment card” at Window On Hudson or with an online form found at windowonhudson.org/chekhovs-gun-dialogue

About Window On Hudson

Window On Hudson offers storefront window exhibition space for artists of all mediums who are in Hudson and the Hudson Valley.  Window On Hudson is committed to providing a platform for established and developing artists to display their work, of all mediums, while also offering professional development opportunities for emerging artists.  Window On Hudson exhibits a new artist on a monthly basis.  Artists interested in submitting their work may do so by emailing submissions@windowonhudson.org or visiting the website www.WindowOnHudson.org.