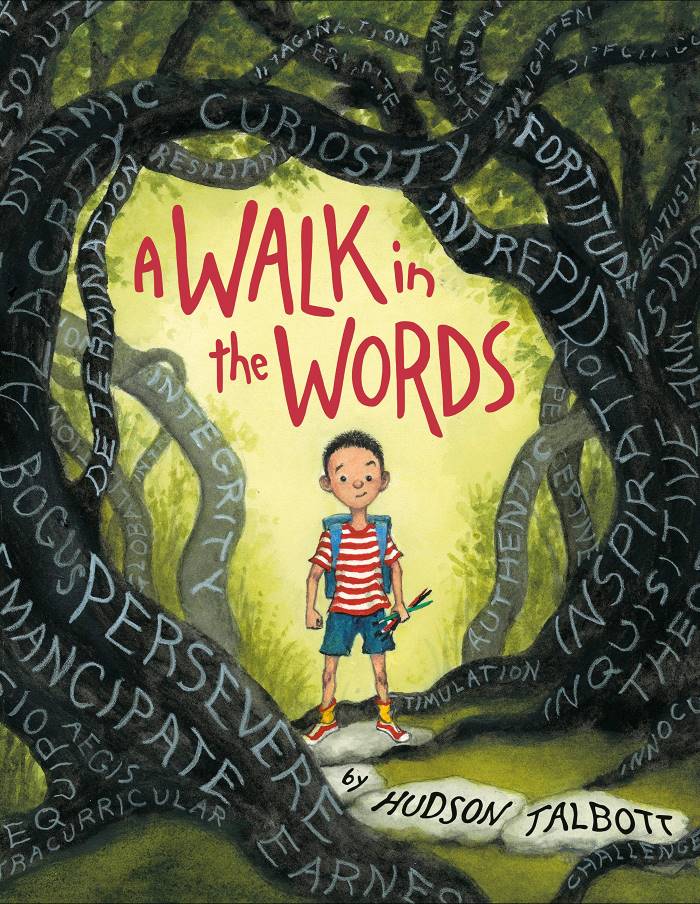 “A Walk in the Words”

This event is FREE, reservations are recommended.

Hudson Hall presents the launch of renowned author and illustrator Hudson Talbott’s newest book, A Walk in the Words. The event coincides with the final weekend of the first retrospective of his work, Hudson Talbott: River of Dreams at Hudson Hall.  Published by Penguin Random House and inspired by his own childhood, Talbott’s inspiring story vividly reveals the challenges – and ultimately the rewards–of being a non-mainstream kind of learner. Talbott is joined on stage by Lisa Dolan, founder of the Hudson Reads mentoring project and co-founder of the Hudson Children’s Book Festival.

**Please Note**: Because children under 12 may be present, we require all ticketholders to wear a mask to this event regardless of vaccination status.

When Hudson Talbott was a little boy, he loved drawing, and it came naturally to him. But reading? No way! One at a time, words weren’t a problem, but long sentences were a struggle. As his friends moved on to thicker books, he kept his slow reading a secret. But that got harder every year. He felt alone, lost, and afraid in a world of too many words. Fortunately, his love of stories wouldn’t let him give up. He started giving himself permission to read at his own pace, using the words he knew as stepping-stones to help draw him into a story. And he found he wasn’t so alone–in fact, lots of brilliant people were slow readers, too. Learning to accept the fact that everyone does things in their own unique way, and that was okay, freed him up and ultimately helped Hudson thrive and become the fabulous storyteller he is today.

Hudson Talbott has written and illustrated over 27 books for young readers in an illustrious career that spans 30 years. He has worked with Steven Spielberg on an animated film adaptation, and with Stephen Sondheim and James Lapine on the book version of their hit musical Into the Woods. In 2009, his book River of Dreams: The Story of the Hudson River was named New York State’s Children’s Book of the Year and was later adapted into a children’s musical. Among Hudson’s many clients and patrons are The Metropolitan Museum, Museum of Modern Art, Metropolitan Opera Guild, and the New-York Historical Society.