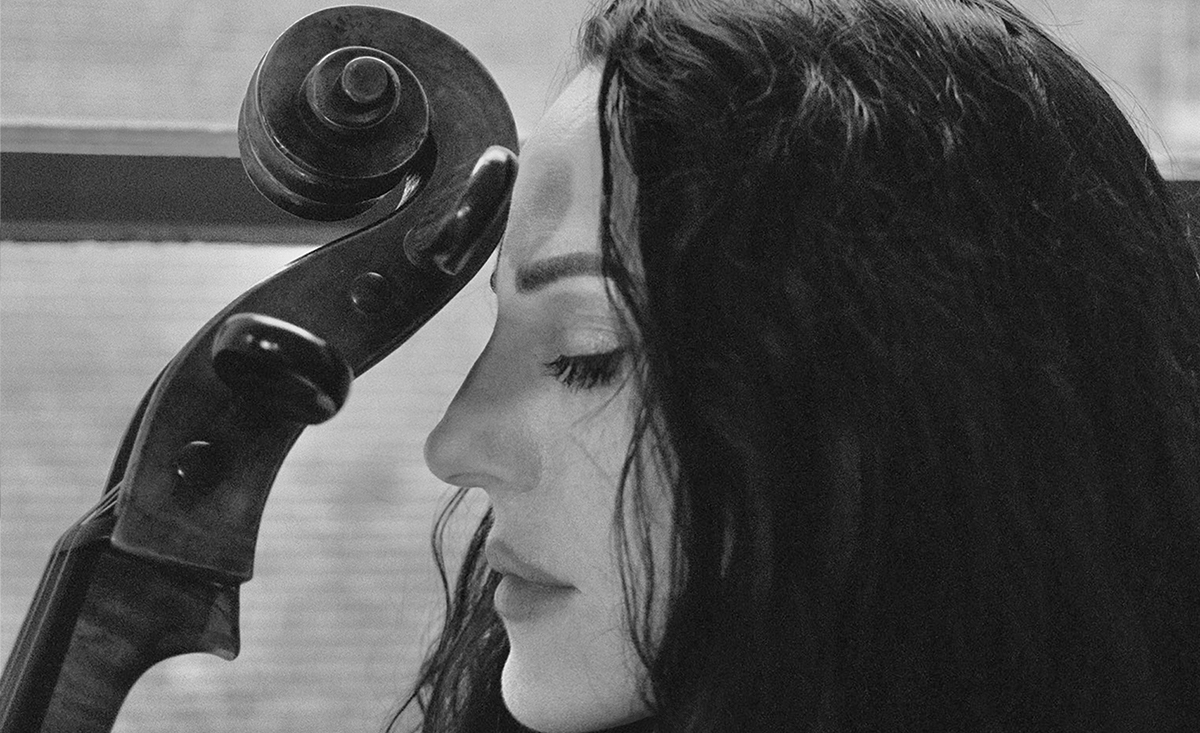 Cellist, arranger, and producer Maya Beiser is joined with a group of all-stars cellists to perform Maya Beiser x Philip Glass. Drawn from her latest album (which was recorded at Hudson Hall in the winter of 2021), the immersive performance brings together an astounding group of avant-garde cellists to create a multi-layered sound sculpture, exploring and unveiling new dimensions in some of Philip Glass’s most powerful and achingly beautiful works. Maya’s multi-cello arrangements include Glass’ piano Etudes Nos. 2 and 5, Mad Rush, Music in Similar Motion, and selections from Naqoyqatsi, part of Glass’s Qatsi Trilogy with filmmaker Godfrey Reggio.

Defying conventional norms with her boundary-crossing performances, cellist Maya Beiser has been hailed as “the reigning queen of avant-garde cello” by the Washington Post. She has graced world-class stages including Lincoln Center, Carnegie Hall, Brooklyn Academy of Music, and Royal Albert Hall, and has collaborated with the likes of Philip Glass, Steve Reich, and Brian Eno, among many others. Her recent albums, Bowie Cello Symphonic: Blackstar (2020) and delugEON (2019), topped the classical music charts. Her soundtrack work includes extensive collaborations with composer James Newton Howard and M. Night Shyamalan.

Clarice Jensen is a composer and a versatile collaborator. She has recorded and performed with a host of stellar artists including Max Richter, Björk, Nico Muhly, Arcade Fire, Dirty Projectors, Blonde Redhead, Frightened Rabbit, and Nick Cave. In her role as the artistic director of ACME (the American Contemporary Music Ensemble), she has helped bring to life some of the most revered works of modern classical music, including pieces by Philip Glass, Steve Reich, Terry Riley, and more.

Paul Wiancko has led an exceptionally multi-faceted musical life as a cellist, composer, and collaborator. He has had the honor of performing with Midori, Yo-Yo Ma, Peter Wiley, Richard Goode, and the late Etta James, among many others. His 25-minute quartet LIFT is featured on the Aizuri Quartet’s Grammy-nominated album Blueprinting, one of NPR’s top 10 classical albums of 2018. Paul currently writes and performs as a member of Owls, Ayane & Paul, Bird’s Eye Trio.

Andrew Yee, has been praised by Michael Kennedy of the London Telegraph as “spellbindingly virtuosic”. Trained at the Juilliard School, they are a founding member of the internationally acclaimed Attacca Quartet. Their newest recording of the string quartets of Caroline Shaw won a GRAMMY for best Chamber Music/Small Ensemble performance. Their solo project “Halfie” draws on their experience as a bi-racial and non-binary person in having access to multiple communities at once, while not feeling at home in any of them.

Admired as a potent collaborator and unique improviser, cellist Jeffrey Zeigler has been described as “fiery”, and a player who performs “with unforced simplicity and beauty of tone” by the New York Times. He is a recipient of the Avery Fisher Prize, the Polar Music Prize, and the President’s Merit Award from the National Academy of Recorded Arts (GRAMMY’S), among others. This spring, Zeigler will release his new album, Zodiac: Poems for Cello – a multimedia experience combining spoken word, movement, music, and imagery.