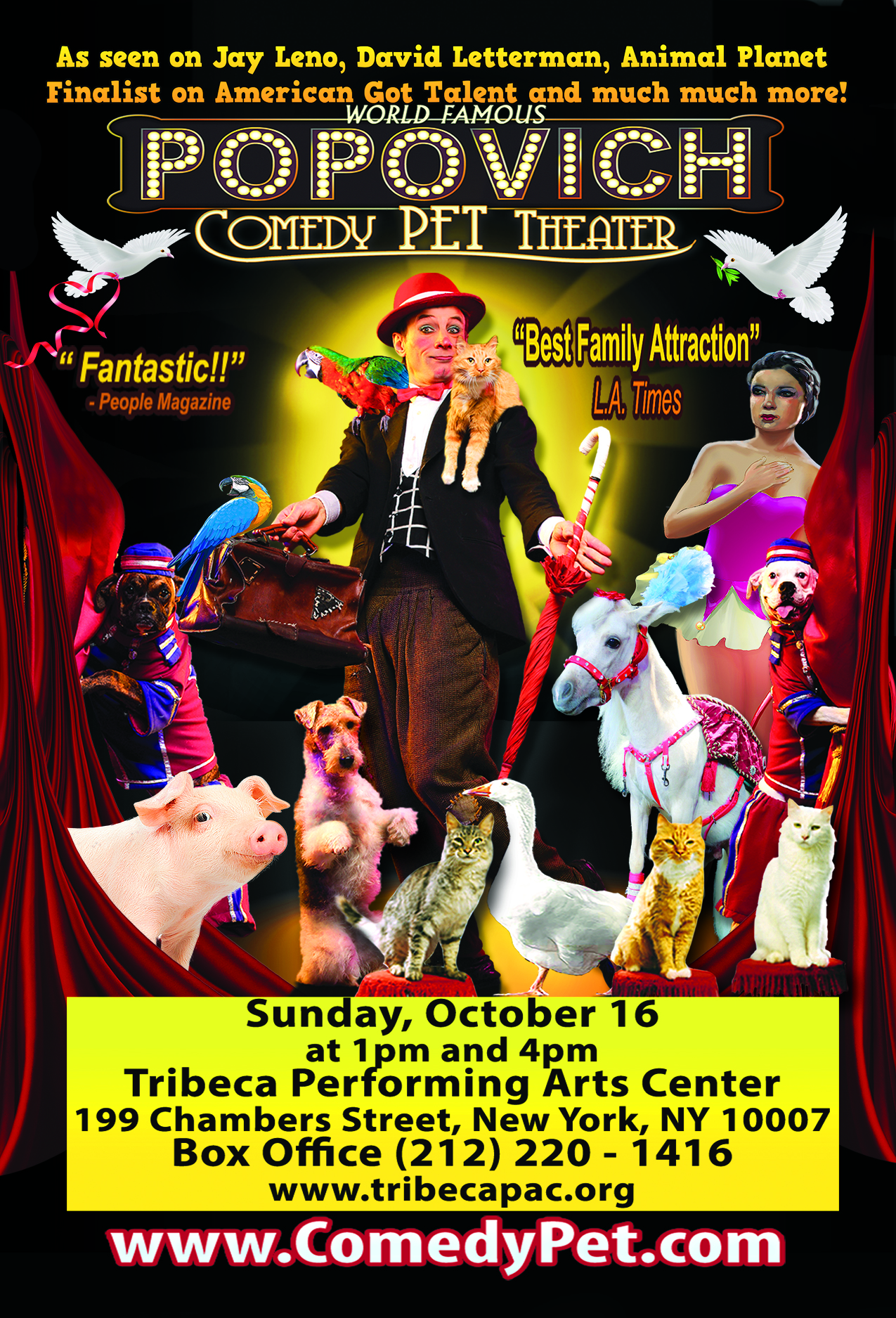 The World-Famous Popovich Comedy Pet Theater is a family-oriented blend of the unique comedy and circus skills of Gregory Popovich, and the talents of his furry co-stars. There are more than 25 pets in the show, each one has been rescued from animal shelters and given a new lease on life! They love to perform their skills and stunts on stage. Dogs, horses, cats, parrots, doves, mini-Pig Lucy and special guest star mini horse Mr. Diamond. Gregory Popovich has shared his expertise for raising, training and living harmoniously with pets as written in his book, “You CAN Train Your Cat” and “Dog Gone Good”!

Popovich show has been selected “Best Family attraction” and Gregory himself voted “Entertainer of the Year”!