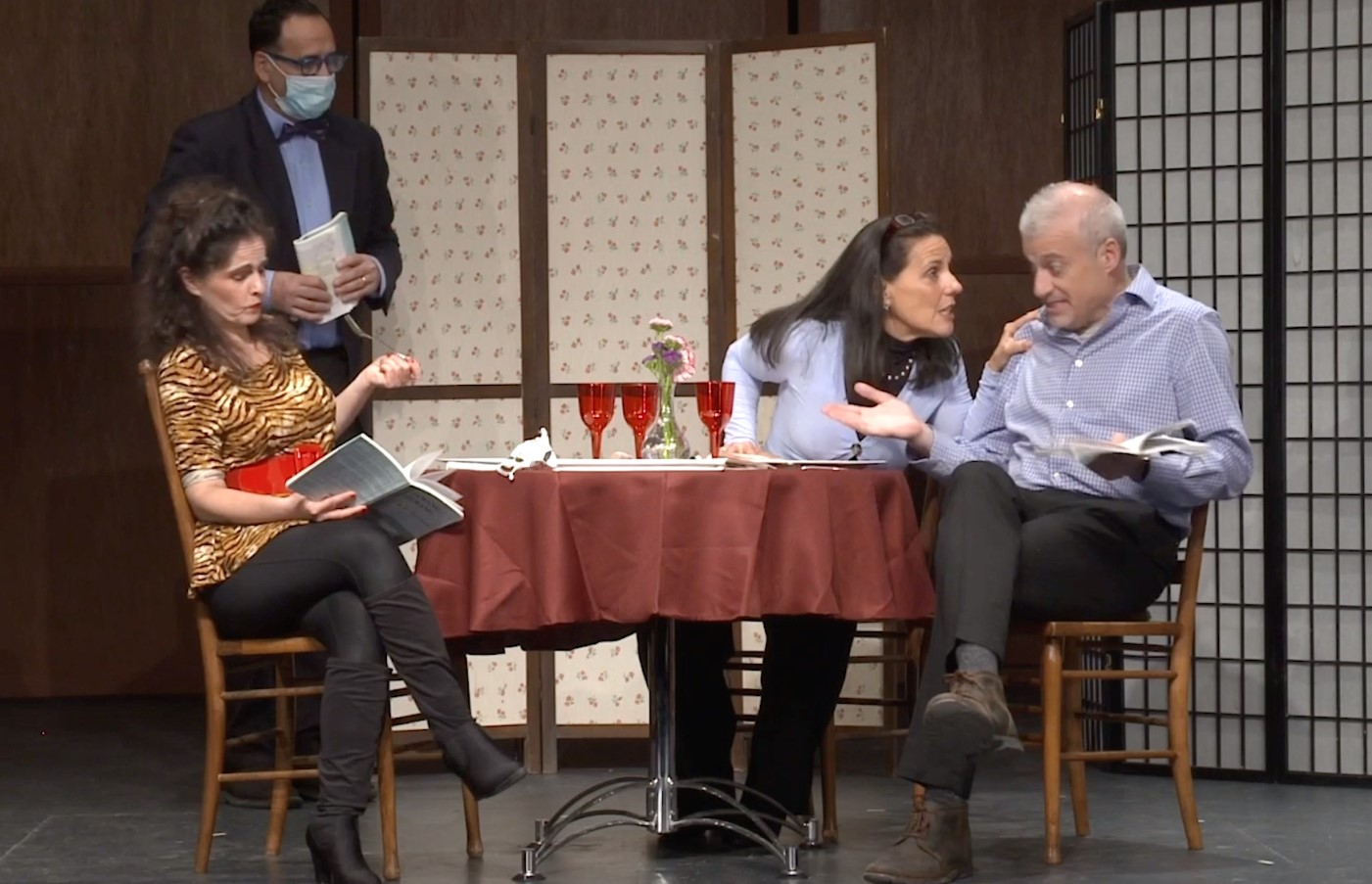 On Saturday, June 12 at 7:30 pm, the Catskill Mountain Foundation presents a staged reading of the hilarious one-act play, Wanda’s Visit by Christopher Durang. Starring Darcy Dunn, Dayna Kurtz, John McCaffrey, and Mark Singer (who also directed the production), the reading was filmed by videographer David Katzive earlier this year at the Doctorow Center for the Arts in Hunter. This presentation will be shown on the Catskill Mountain Foundation’s YouTube and Facebook channels for FREE!

Originally presented on PBS, Wanda’s Visit tells the story of Jim (Mark Singer) and Marsha (Darcy Dunn), who have been married for 13 years. They seem comfortable in their suburban Connecticut lives … a little bored and restless, perhaps, but reasonably content. Each person has their role to play in the marriage, and they perform the roles well, day after day after day after day … you get the picture. Attempts to shake things up a little bit fall flat: they tried to get drunk to celebrate their wedding anniversary, but just wound up falling asleep. So when Jim receives a letter from an old girlfriend, Wanda (Dayna Kurtz), announcing she’s “up in their neck of the woods,” and wonders if she could pop in for a visit, Jim leaps at the opportunity to relive his youth. Marsha is clearly unhappy about the visit, but nevertheless relents. Wanda becomes the guest from hell. When they decide to go out to dinner, all hell breaks loose in the restaurant, witnessed by a waiter (John McCaffrey), just trying to get through his first day.