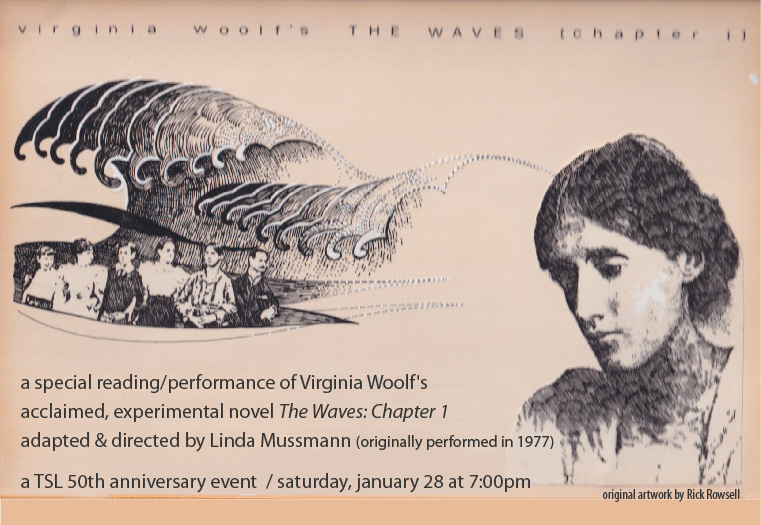 Adapted and directed by Linda Mussmann.

The Waves, a 1931 novel by Virginia Woolf, is regarded as her most experimental work and one of the greatest British novels ever written. In 1977, director Linda Mussmann adapted the first chapter into a theater piece which was performed at the Time & Space Limited storefront on 22nd street in New York City.
In celebration of TSL’s 50th anniversary, Linda has organized a reading of her original script which, like the book, features a cast of six characters. Even now, 45 years later, Woolf continues to be an important influence on Linda’s work.