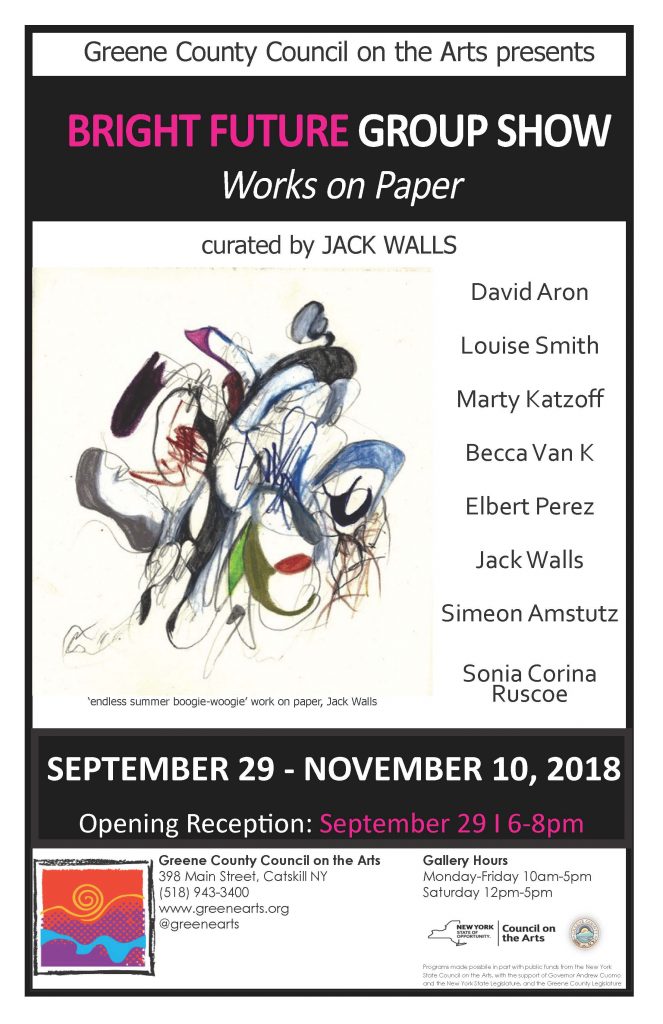 Jack Walls brings his BRIGHT FUTURE GROUP to Greene County Council on the Arts (GCCA) for “The Bright Future Group Show, Works on Paper,” on view September 29 through November 10, 2018 in Catskill, NY.

Who is Jack Walls? What is the BRIGHT FUTURE GROUP?

Chicago-born Jack Walls is a painter, writer, poet, performer, and a vital part of the New York art scene for more than thirty years. Through the trepidatious days of downtown Manhattan in the 80’s, the arty independent film movement of the mid 90’s, right through to the late 90’s and the aughts–which spawned a reckless crew of artists headed by Ryan McGinley, Dan Colen and the late Dash Snow (each cites Walls as an influence)–Walls’ decades spanning career is nothing short of miraculous. Walls continues to inspire younger artists with the BRIGHT FUTURE GROUP, a loose collective of artists first brought together by Walls in the summer of 2017 for an exhibition in the back gallery of Basilica Hudson. The second BRIGHT FUTURE GROUP show will take place at Greene County Council on the Arts.

Louise Smith received her BFA from Bard College in 2013, where she was the recipient of the Jane Fromm Yacenda Scholarship of the Arts. In 2015 her largescale abstract paintings were shown at the Cross Mackenzie Gallery in Washington D.C. and reviewed in The Washington Post. She has prepared canvases for painter Stephen Hannock and worked with a team of professional assistants in Petah Coyne’s studio. In May 2017 she received her Post Baccalaureate degree at the School of the Art Institute of Chicago. Last year she participated in a group show where her painting was selected by the head of the modern wing at the National Gallery in Washington D.C. as well as the “Bright Future Group Show” in Hudson, New York, where she lives and works. Most recently, Louise completed a mural commission project at the Freehand Hotel in Manhattan, New York City.

Marty Katzoff is a painter and printmaker primarily working out of Catskill NY. The etchings exhibited in this show were created as a response to various mythologies as well as a mix of literary and religious source material. The imagery places characters from multiple stories in the same environment as if they are the fading memories from a series of interwoven dreams.

Becca Van K is a mixed media artist based in the northern region of New York’s Catskill Mountains. Her practice has a strong focus on tactile comfort, the sounds of house & techno music, and vibrant colors & patterns through the use of various handcraft techniques (needlepoint, machine/hand sewing, crochet, latch hook rug making, macramé). Listening exclusively to dance music mixes when working puts her in a meditative rhythm through which she transcribes her sensorial experiences. A Bard College alumna who has exhibited around New York’s Hudson Valley and beyond, she spends much of her time exploring the woods and mountains of her adopted home.

David Aron, born in Los Angeles, 1970, moved to NYC in 1990 to study art at SVA. Not too long after, exploring the streets, and nightlife during the first year of art school, Aron became deeply involved with the now well-known Alleged Gallery and the downtown art and music scene of the day.

For ten years or so Aron was in many group shows globally with budding artist friends, quite a few now recognized and highlighted in the documentary Beautiful Losers. Within that era as a young 20 something painter, Aron had 4 solo exhibitions with the gallery, including one in Tokyo. He was also given artist “pro models” for the short lived but ground breaking Subliminal Skateboards, started by artist Shepard Fairey and legendary pro skateboarder Blaize Blouin. During that time he was also given the opportunity to apply his lyrical approach to abstraction to manufactured snowboard graphics.

Aron has been continuously showing and experimenting for almost three decades, and at the heart has been an artist, traveler, experimental music lover, skateboarder, and snowboarder, rolled into one. His work can be easily seen as an extension of the freedom, control, and simultaneous lack of, in which those activities naturally express, maybe likening a similar energy or tendency that might go into laying down a turn, finding new terrain to draw lines and tricks through, or the free jazz confidence and natural high of winging something at speed. Experimentation with basic materials through a mostly solitary practice of searching for form and mark making creates a perfect connection for a life that explores and enjoys physical and mental rapidity and motion.

The Greene County Council on the Arts Gallery is located at 398 Main Street, Catskill NY. Gallery hours are Monday through Friday from 10:00 a.m. to 5:00 p.m. and Saturdays from 12:00 p.m. to 5:00 p.m. GCCA is closed on Sundays. For more information on upcoming exhibits, events, artist and grant opportunities, visit www.greenearts.org or call 518-943-3400.

‘Made for Sleeping’ by Louise Smith

‘Beyond the Rookery’ by Marty Katzoff 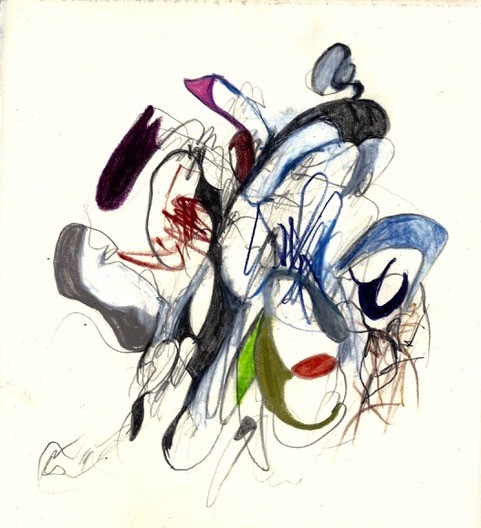 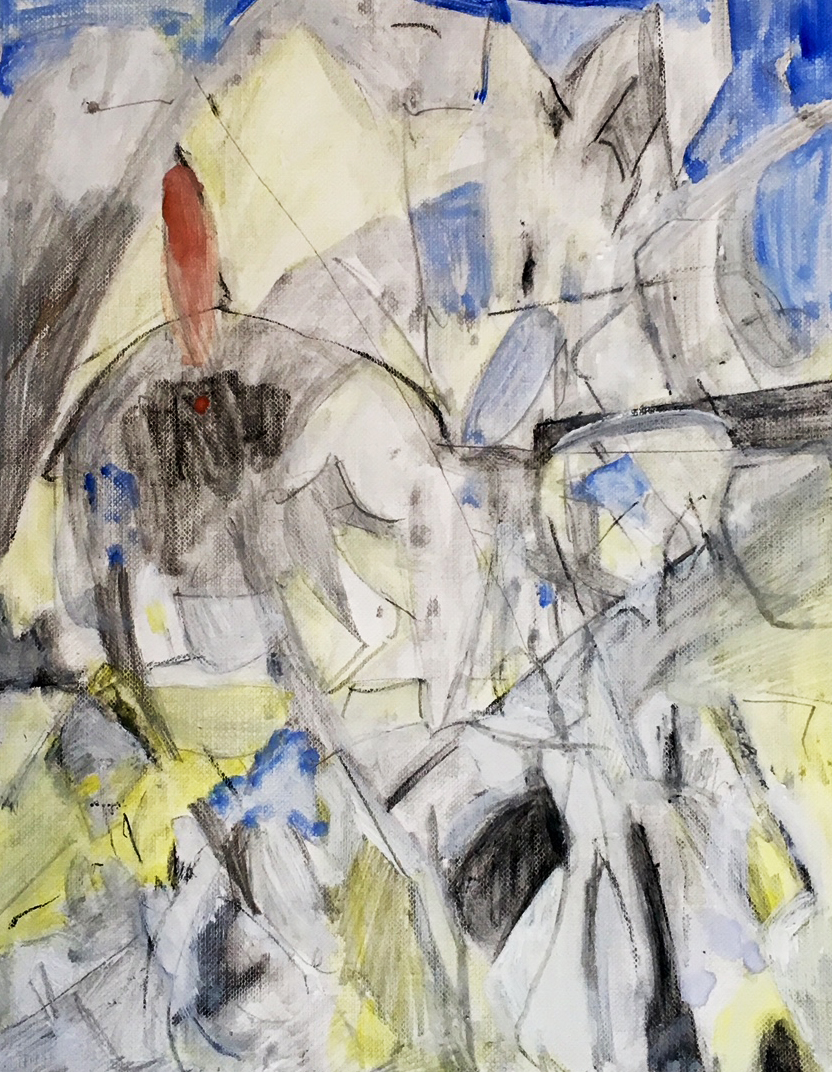 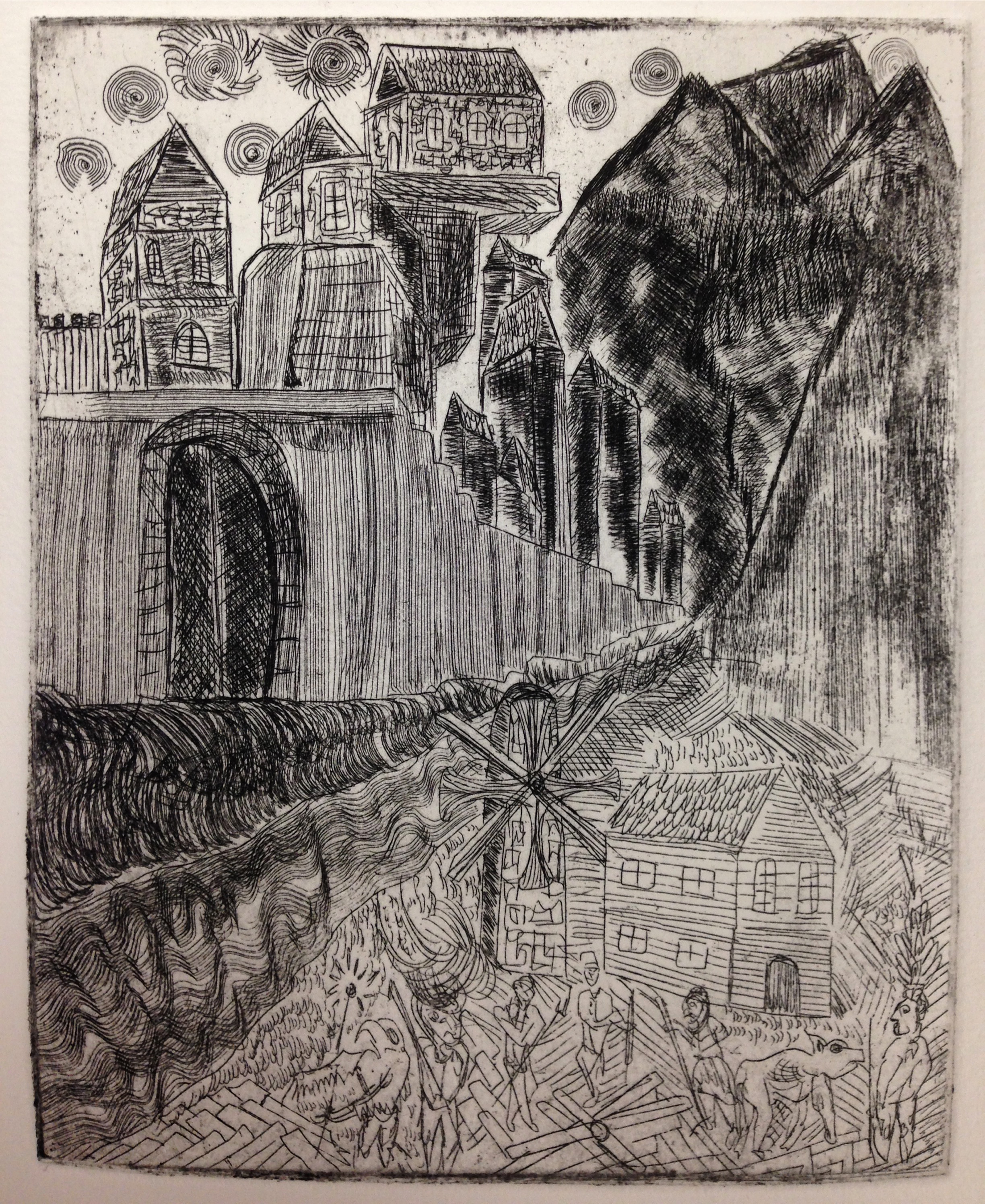 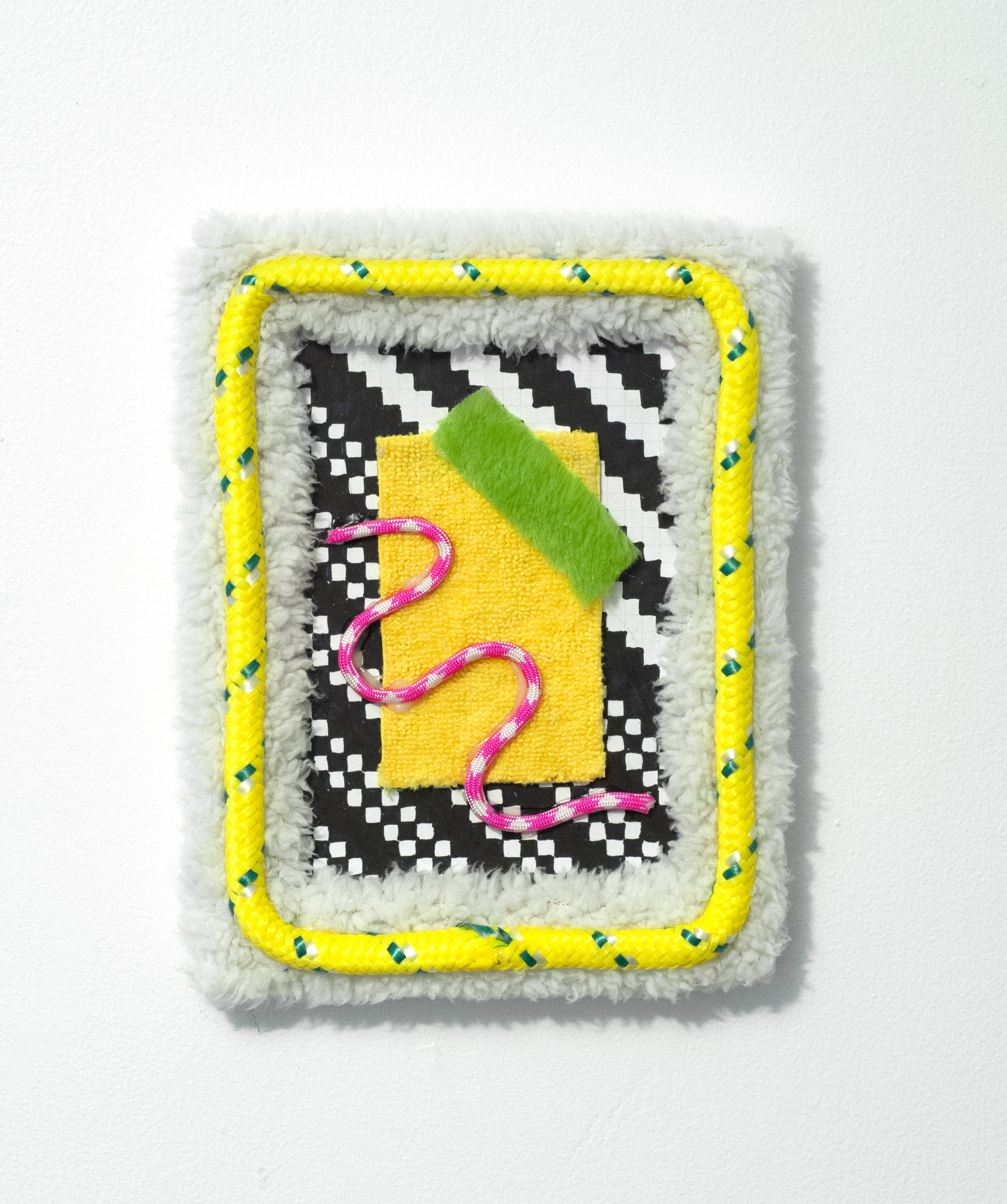